Imagine you’re an employee on parental leave. Your job is protected under legislation. So, thankfully, you don’t have to worry about keeping your job. But when you return to work, you discover your employer has terminated your employment!

In Alberta, the Employment Standards Code (“ESC”) prohibits employers from terminating employees on maternity/parental leave or because they are “entitled” to such leave. Where certain requirements are met, it also requires employers to reinstate employees returning from leave to their former position or to a comparable position without reduced earnings and benefits.

The maternity and parental leave rules tend to be confusing to both employees and employers. Often, employers are unaware of their rights and obligations under the ESC. Employees may be surprised that, in some instances, employers can terminate them even when on maternity or parental leave. 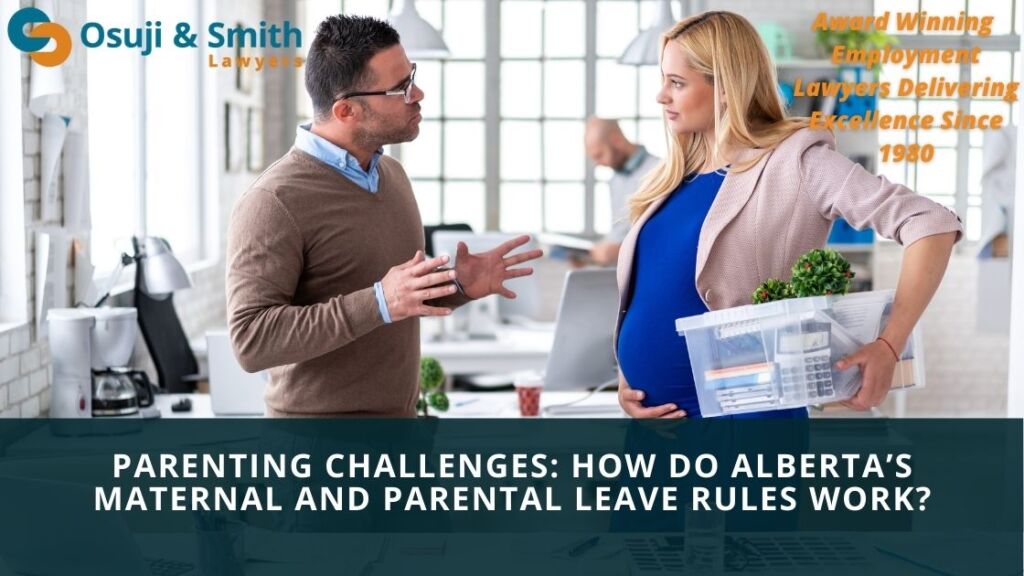 The ESC’s maternity and parental leave rules were addressed most notably in a case called Compass Group Beaver (Canada) Ltd. v Grimstead. In this case, the claimant, Darryl Grimstead, worked at the Edmonton law courts as a chef. In 2007, he learned his wife was pregnant. He told his supervisor about the pregnancy and was planning to take parental leave. But before that could happen, his employer terminated his employment. He filed a complaint and the matter ultimately went before Judge K. D. Hope sitting as Umpire under the ESC. The issues before Judge Hope were whether Grimstead was “entitled” to parental leave at the time of his dismissal (and thus entitled to job protection); and if so, whether the employer could dismiss him for reasons unrelated to the leave.

Judge Hope next considered whether the ESC allowed the employer to dismiss Grimstead for reasons unrelated to the leave. In short, the answer was yes. According to Judge Hope, when an employer terminates an employee who is on leave or “entitled” to leave, a judge will presume the leave was at least one of the reasons, if not the sole factor, in deciding to terminate. But the employer can rebut this presumption by showing evidence of a business reason for the termination, aside altogether from the entitlement to leave, such as employee misconduct.

Judge Hope concluded that Grimstead had been dismissed for reasons unrelated to the leave. Grimstead’s supervisor, Kevin Stead, had lost the written notice and had forgotten about it. Stead made no inquiries with other departments of the company who would’ve had to prepare for Grimstead going on leave. So, Judge Hope concluded the employer didn’t have the leave in mind when they terminated Grimstead’s employment. Rather, it was an incident concerning undercooked meat that was the final and main reason for Grimstead’s termination.

Despite the above, an employer’s actions will typically be closely scrutinized. According to many reported decisions, employers bear the burden of demonstrating their actions were taken for reasons unrelated to the leave. Let’s look at Pantorama Industries Inc. v. Colquhoun, a case which illustrates the point.

The employee, Chantal Colquhoun, worked for her former employer as a store manager. She went on maternity leave in July 2005. While she was away on leave, Jim Corbin, a manager with the company, took over her duties as store manager. Colquhoun contacted Corbin in July 2006 and informed him that she intended to return to work. However, Corbin advised her that she would not be returning to her position as store manager. Instead, he offered her a position as a sales associate.

Colquhoun filed a complaint and the matter eventually went before Judge Scott. The issue before him was whether the company, Pantorama Industries, had failed to reinstate Colquhoun as required by the ESC.

Pantorama argued they had a valid reason for failing to reinstate Colquhoun to her former position: due to managerial shortcomings. But the evidence didn’t bear this out. Pantorama produced evidence that other stores had performed better than the one managed by Colquhoun. But the company hadn’t complained about this before she went on leave. Further, the parties produced evidence that Colquhoun had, in fact, previously received positive feedback for her managerial performance. The evidence overall didn’t establish that the company’s actions were unrelated to the leave. So, the judge concluded that the company had contravened the ESC and owed Colquhoun compensation equivalent to six months’ salary.

The ESC includes complaint and enforcement procedures which allow employees to seek to enforce their rights. In particular, employees can file a complaint with Employment Standards if they believe their employer has terminated their employment contrary to the maternity/parental leave rules. Where a violation of the rules has occurred, the Director of Employment Standards may order reinstatement of the employee’s employment or issue a compensation order, ordering payment of up to six months’ compensation.

If you’re dealing with a maternity / parental leave matter, or other job-protected leave issue, contact Osuji & Smith and one of our experienced employment lawyers would be happy to assist you.