Workplace policies are an important part of the employee/employer relationship. They allow employers to set the ethical, professional, and operational standards for their workplaces. But employers shouldn’t assume their policies form part of the employment contract, as this isn’t always true. Employers who fail to consider this do so at their own risk, as the cases below demonstrate. 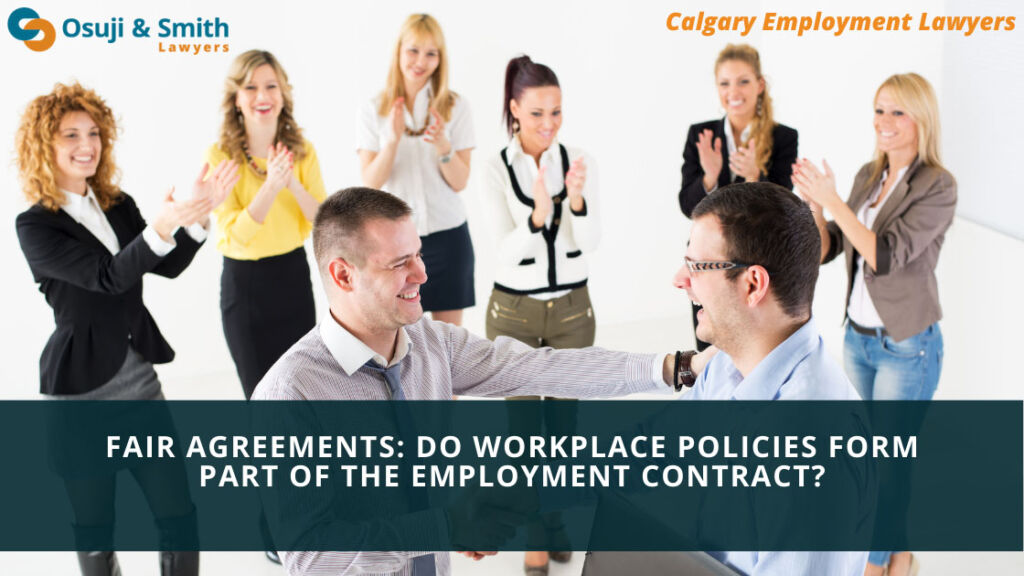 Let’s consider Rice v Shell Global Solutions Canada Inc., a recent Alberta Court of Queen’s Bench case. The plaintiff, Terri Rice, sued her former employer, Shell, after the company terminated her employment. The dispute centered on a phrase in Rice’s employment offer which read: “Your Assignment Length will be: 4 years.” Rice argued this phrase created a fixed-term employment relationship for four years. She further claimed that because Shell had dismissed her before the contract expired, the company owed her for the balance of the term (34.5 months).

According to Shell, “assignment length” didn’t specify the overall duration of Rice’s employment. Rather, it referred to the time the company expected her to stay in her position before she could apply for other positions within the company. In support of this, Shell pointed to their policies, including their online glossary of business terms. This glossary clarified that “assignment length” referred to the “[l]ength of time spent on a particular assignment.”

The court considered the relevant context known to the parties at the time they entered into the contract. This included whether Rice knew, or should have known, the specific meaning of “assignment length.”

Unfortunately for Shell, they didn’t produce any evidence confirming Rice had read the company’s policies. This was a problem for them, because Rice testified she was unaware of the special meaning of “assignment length.” Considering this and other factors, the court interpreted the employment agreement in Rice’s favour. The judge awarded damages representing Rice’s salary and any bonuses she would have earned for the balance of the term. This amounted to about 7,742.91 – a significant sum!

Employers will sometimes include clauses in the employment contract limiting an employee’s rights. But where these clauses are found in the employer’s polices, rather than the contract, a court may not enforce them. Typically, the courts will require employers to prove the policy forms a binding employment term.

The plaintiff, Horacio Valle Torres, sued his former employer after they terminated his employment “without cause.” The defendant, Vancouver Native Health Society, argued they weren’t required to provide Valle Torres with reasonable notice of dismissal due to a term in their policy manual. So, the dispute focused on whether the policy manual formed part of the employment agreement.

The judge found that it didn’t. She based her conclusion on multiple factors. For example, the Health Society didn’t require Valle Torres to read the manual, nor did they require him to do anything to indicate his acceptance of it. What’s more, they could change the policy at any time, which wasn’t consistent with the document having contractual force. Having considered these and other relevant factors, the judge determined the defendant couldn’t enforce the manual against the plaintiff.

Employers should consider whether they can enforce their policies against their employees, particularly where those policies limit employee rights. A court typically won’t enforce terms limiting an employee’s rights if those terms don’t satisfy the requirements for a valid legal agreement. If you’re an employer, you should approach contract negotiations with employees with fairness, transparency, and openness. By doing so, you’ll not only enhance the employee/employer relationship, but also reduce the risk of a costly legal dispute down the road.

If you have a legal question or issue, or you’re an employer seeking advice on how to structure your relationship with employees, please contact our team of lawyers at Osuji & Smith. You can reach us at [email protected] or 403-283-8018. We would be happy to assist you.