Woman who lost employment over a sandwich sues former boss

Not every case of wrongful dismissal involves high-ranking executives or boat-rocking whistleblowers. Sometimes an everyday worker finds him or herself caught in an unfair situation, and that person has just as much right to justice as anyone else. That’s certainly what one woman thought after losing her employment at a fast food restaurant in Alberta’s neighbouring province.

In Dec. 2013, a long-time employee of a fast food chain asked her supervisor if she could take food home with her at the end of her shift. After receiving permission, she helped herself to a fish sandwich, french fries and a soft drink. At a later date, she was confronted by the restaurant owner about the food. He dismissed her from her job, after 24 years of service.

The woman took her former employer to court to sue for damages and lost wages. Though she admitted to taking the food without paying, she claimed she had permission to do so. Her boss countered that she had permission to take the sandwich, but not the fries. He cited a zero tolerance policy for theft as the basis for the dismissal.

In her ruling, the judge noted the woman made no effort to conceal the food, and had been a loyal employee with no history of discipline issues. Given the total value of the misappropriated food was about 50 cents, she did not agree that termination was warranted. The woman was awarded ,000 for lost wages, and ,000 in damages for the shame and anxiety caused by the firing.

Big things can arise from seemingly small events, and justice should be available to everyone. Any man or woman in Alberta who believes they have lost their employment unfairly is entitled to bring their case to a lawyer. With a lawyer’s help, it may be possible to win appropriate compensation.

On behalf of Osuji & Smith posted in employment on Tuesday, August 1, 2017. Leaving any job after many years…

On behalf of Osuji & Smith posted in employment on Monday, September 4, 2017. Athletes are often considered to be…

Several stories of sexual harassment in the workplace have been making headlines lately, sparking discussion on the legal rights of workers.

There are often mixed reports on job prospects in Canada. One of the reasons for this is that employment rates can vary between provinces and industries. 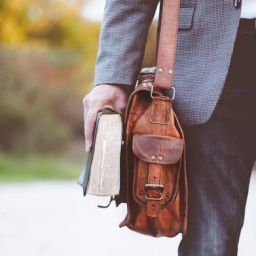 All You Need To Know About Overtime In Canada

Working overtime in your workplace can be very common; employers might exploit if you don’t know the laws of overtime in Canada! Read more!

On behalf of Osuji & Smith posted in employment on Wednesday, March 15, 2017. Some battles are over quickly, and…

Many people consider bullying to be a serious issue in schools, but workers can also be negatively affected by such behaviour.

On behalf of Osuji & Smith posted in employment on Wednesday, June 21, 2017. According to the Canada Safety Council,…

On behalf of Osuji & Smith posted in employment on Thursday, October 12, 2017. The impending legalization of marijuana has…

Alberta has seen a large decrease in employment figures even on a monthly basis, as the unemployment rate fell by 0.4 percent between November and December.