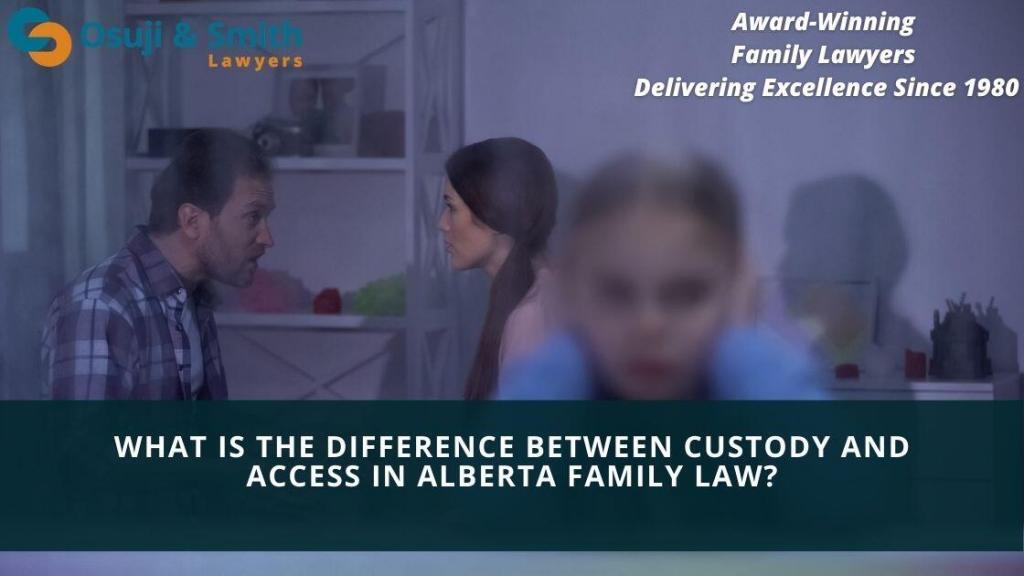 There are 4 types of custody in Alberta.

Joint custody requires both parents to be willing to put aside personal differences and work together for the best interests of the child.

A shared custody arrangement gives both parents custody, but each parent’s custodial power is more clearly defined. This usually means that the child’s time with each parent is split equally.

Shared custody is most often used when a joint custody agreement is preferred, but the parents have difficulty cooperating with each other.

In this scenario, each parent is responsible for the children in their care while the other parent has access.

Sole custody is when only one parent has decision-making authority for the child. The child lives with only one parent, and that same parent is responsible for all the major decisions about the child.

In a sole custody situation, the other parent may have access to the child and usually continues to pay child support and assume other financial responsibilities for the child.

A parent with access does not have decision-making authority over the child, but they do have the right to information about the child (such as decisions made about the child’s schooling or health).

In most cases, a parent who does not have custody will have access to the child. Access arrangements can also apply to other family members, like grandparents.

An access arrangement might include a specific schedule or it may be left as “reasonable access”, which is simply a flexible schedule agreed to by the parents. This agreement can also include access to specific information or events, such as attending parent-teacher conferences or the right to be involved in decisions about medical treatment.

Some access agreements may include conditions or restrictions such as prohibiting the access parent from drinking alcohol before or during visits with the child. And, in situations where there’s concern about the child’s safety, the Court may require access to be supervised or forbid access entirely.

Alberta’s Family Law Act uses the term “parenting” instead of “custody” and “access”. Alberta Courts prefer to let the parents make arrangements for the child’s best interests without clearly distinguishing between access and custody.

The federal Divorce Act used to differentiate between custody and access, and the distinction between these terms was particularly important in some situations like applying for a passport. However, as of March 1, 2021, the Act “now features concepts and words that focus on relationships with children, such as parenting, decision-making responsibility, parenting time, and contact.”

The best custody and access agreement for your child is one that both parents agree upon and are committed to. If the parents cannot agree on a parenting plan, there are 3 alternatives before taking the matter to court:

When a custody and access case is brought to court, the parents have less control over the final arrangement. The judge has the final say. A court-ordered arrangement can only be altered if both parents agree to the changes.

Alberta Courts determine custody and access arrangements based on several factors, including:

Custody and access are never decided based on gender, financial status, or who was at fault for the marriage breakdown.

Negotiating a custody and access agreement can take a long time, so the Court can issue an interim custody order. This is a temporary arrangement that decides who has custody of the child until the final decision is made.

If you or the other parent is moving to another city, province, or country, consult a family law lawyer at Osuji & Smith to ensure the agreement isn’t breached and the best interests of the child are maintained. 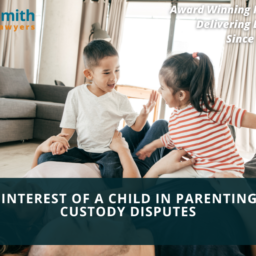 Best Interest of a Child in Parenting and Custody Disputes 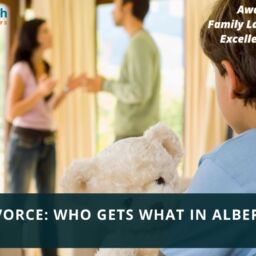 DIVORCE: WHO GETS WHAT IN ALBERTA Divorce does not have to be ugly. Believe it or not, it is possible… 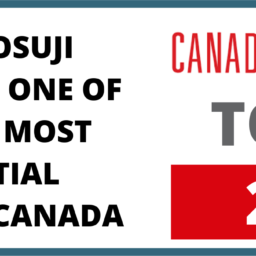 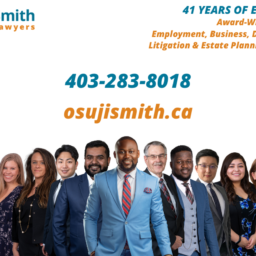