Charles Osuji is not just a name but a brand. With years of successes in the Law profession, he runs an award winning law firm that focuses on Employment law, Civil litigation, Real Estate, Family and Divorce, Immigration, Business and Corporate, Wills and Estate.

He is the owner/Managing Partner of Osuji and Smith Lawyers, an Alberta full service law firm which has been in service for over 38 years. 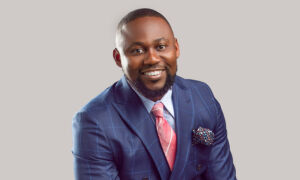 Osuji was called to bar in 2010. He also immigrated to Canada in 2011. One year and Six months after bring to called to bar in Alberta, he became a named partner at Osuji and Smith while becoming the sole owner of the organization few months later.

He has been featured on various platforms both national and international platforms celebrating his unique management qualities. Osuji is one of the leading young lawyers in Calgary.

Osuji has won several awards in the Cagalry as Employment and Business Lawyer. He has been able to work with his partner Smith towards assembling a team of lawyers who know nothing but excellence in representation and delivery. The firm has been in existence for 40-years since 1980`.

Osuji Charles was also awarded as one of the top 25 lawyers for 2020 in Canada by Canadian Lawyer showing his unique leadership strength and quality.

He also got nominated for Canada Top 40 under 40, Immigrant of Distinction, Entrepreneurship and Innovation Award
During an Interview with Jonathan Hafichuk, he spoke about his journey from being an immigrant to a successful entrepreneur motivating many across the world with his story on unprecedented rise to the top.

He does not also shy away from the fact he grew up in Nigeria, an example was during his interview with PHINA Books where he spoke about growing up in Nigeria, Law career and growing up, he also spoke in pidgin at the interview.

He has also being featured on the NIDOA Calgary Spotlight series where he spoke about how he beat all odds and has achieved and exceeded expectations in a seemingly short period of time.

He is an advocate of a right work environment. He expressed his views at the Calgary Citytv News, he noted that employees must adhere to their employers’ policies.

The successes of Osuji has become a source of motivation , describing him, Africans in Americans, a platform for celebrating Africans who have made difference out of Africa said “The success of Osuji and Smith is a testament to the fact that when people from different backgrounds come together and focus on shared core values such as excellence and compassion, while ignoring all artificial divides, magic happens”.

Charles also had noted that to be chosen and voted as one of the Top 25 influential Lawyers in Canada is a honor and it is greater honor to be placed in distinguished ranks as those of the past honorees such as supreme court of Canada Justices, Prominent judges and Inspiring Lawyers across Canada.

The story of Charles is not only dynamic but teaches one that you can be whoever you want to be regardless of where you hail from.

To start from being a Law student at the Smith law office to being a Chief Executive Officer not long after arriving from Nigeria shows that once you set your mind on something, you can achieve it.

Excel Magazine International as a platform dedicated to celebrating excellence and projecting Africa and Africans to the world identifies with the man of many edges of successes.