WHEN THE EMPLOYEE’S DUTY TO MITIGATE ARISES

WHEN THE EMPLOYEE’S DUTY TO MITIGATE ARISES

You are challenging your former employer for wrongfully terminating your employment and it seems like an open and shut case till your employer’s lawyer states, “the Plaintiff has failed to take all reasonable steps to mitigate his damages”. 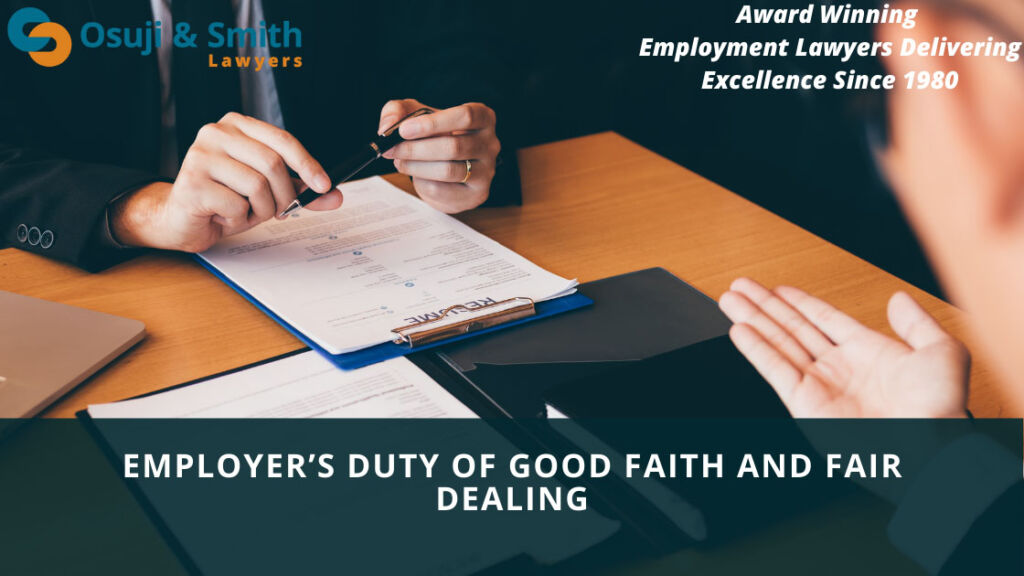 What does this mean?

In the eyes of the law, a terminated employee has an obligation to make a reasonable effort to find comparable new employment within their applicable notice period to minimise their damages. This is because the purpose of providing notice to terminate is to give the employee time to find new work and not to reward the employee’s service or punish the employer. According to the courts, such reasonable efforts involve a constant and diligent application for new employment and an exploration of what is available.

Mitigation applies in calculating the damages that an employee would be entitled to, which varies depending on the circumstance. Where an employee is successful in finding employment, any income from the new position during the applicable notice period may be deducted from the total damages owed to the employee by the former employer. Where an employee genuinely seeks, but does not find, employment, the employee will be entitled to his full severance and possibly damages for their wrongful dismissal.

A dismissed employee who, however, fails to take reasonable steps to search for new employment may find that a court will reduce or completely deny their entitlement to damages for wrongful dismissal. An employee who was found to have been wrongfully terminated but instead of searching for jobs, began a self-employment course was held to have failed to mitigate her damages and her claim was rejected accordingly.

This seems tough, are there any exceptions?

It is one thing to prove wrongful termination, and another to be able to claim adequate damages once you are over that hurdle. At Osuji & Smith employment lawyers in Calgary, we are more than happy to help you navigate this process and determine your entitlements, obligations, and options.