Termination of Employment while on Medical Leave

TERMINATION OF EMPLOYMENT while on Medical Leave

Were you terminated while on medical leave?  Then, you may be wondering whether this is even legal.  Well, the short answer is yes, but there is more to it.

The law has long recognized the mutual right of both employers and employees to terminate an employment contract at any time provided that there is no contract that says otherwise.  However, regardless of what is written in a contract, an employer owes its employees certain duties and obligations under various legislations and under common law.

For instance, the Alberta Human Rights Act, RSA 2000, c A-25.5, prohibits employers from discriminating against employees based on their race, religious beliefs, colour, gender, gender identity, physical disability, mental disability, marital status, etc.  Even when the employment contract is silent on this very subject, the employer cannot discriminate against its employees for these aforementioned grounds. 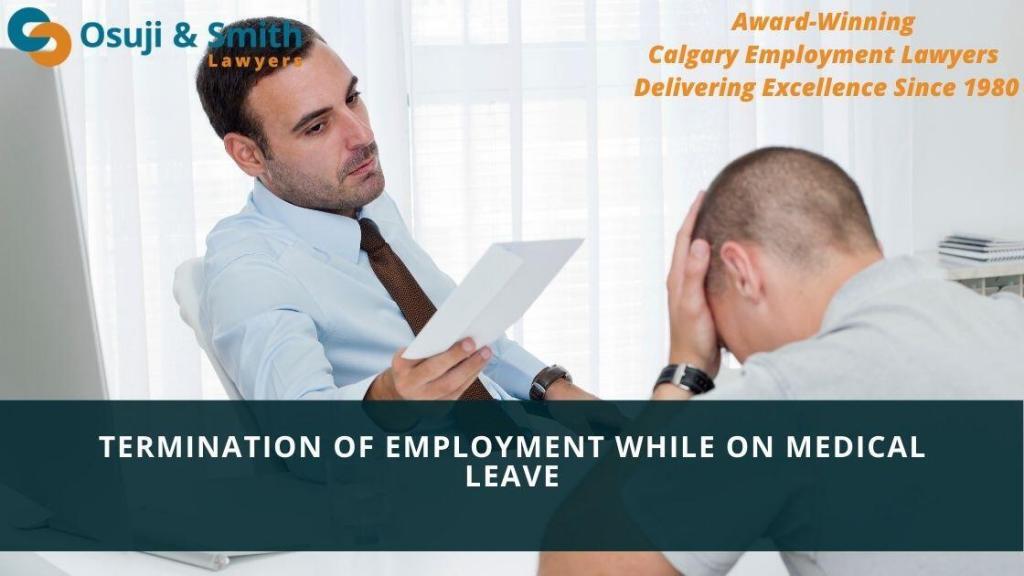 Nonetheless, the law does not require the employer’s decision to be made entirely on the basis of disability, or other protected grounds, in order to find that discrimination has occurred.  In other words, it is not necessary that the discriminatory reasons be the sole or even the primary reason for the termination.  If the dismissed employee’s disability ever so slightly influenced the employer’s decision to terminate the employee, then discrimination has occurred regardless of whether the primary reason behind such a decision was justifiable.

To reiterate, an employer can terminate an employee who is on medical leave.  However, its decision to do so must be unrelated to the fact that the employee is on leave or their disability.

If you have been terminated while on leave but you are unsure whether your termination would be considered discriminatory, please contact Osuji & Smith Employment Lawyers and we would be happy to assist you with the assessment.